Tech companies throughout the world are in the mist of launching their next generation of tech. For those into their gaming, 2020 is set to be a big year for the industry. New next generation consoles are being released by Microsoft and Sony, Nintendo are bringing new exciting innovations to the Switch and PC gaming is seeing an exciting upgrade with the NVIDIA 3000 series graphics cards. Read our full guide below to get all the latest information about all things gaming.

Shopping in the UK for games consoles, like the latest Playstation 5 or Xbox Series X, doesn’t have to be tricky. Using a package forwarding service like forward2me allows you to order packages to addresses in the UK, Turkey,Germany and Japan like you live in those countries and have them forwarded to you, wherever you live. You could also save an extra 20% on more expensive items with our tax free warehouse based in Guernsey.

Sign up today to get access to your completely free forwarding address and get access to our warehouses all over the world. If you’re unsure about how package forwarding works, check out our guide for more information.

Playstation’s contenter for the next gen console race is the highly anticipated Playstation 5. Launching on the 12th November for selected countries and the 19th November for the rest of the world, the Playstation 5 is promising to give gamers a whole new level of immersive experience through its lightning-fast loading specs. With features including Ultra-high-speed SSD, integrated I/O, ray training, 4K-TV gaming, 120fps with 120Hz output, HDR technology and 8K Output, the next generation of gaming is an exciting step up from the last.

Along with the next console launch, Playstation will be launching brand new gaming titles including the exclusive Final Fantasy 16, a new God of War title and Hogwarts Legacy. Playstation 4 games will also be backwards compatible and available for those with Playstation Plus membership on launch. 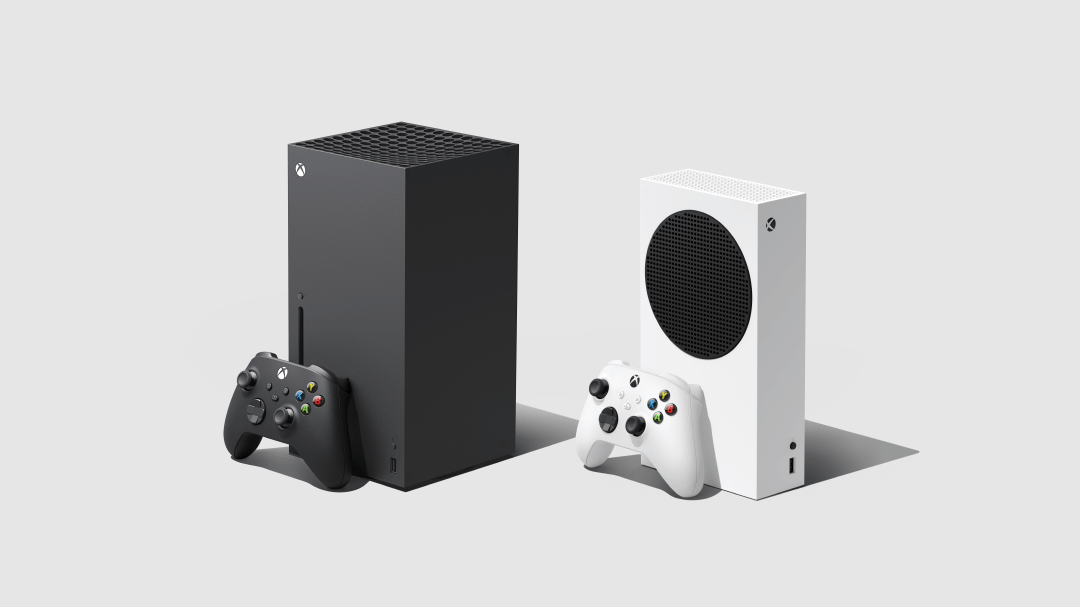 The other highly anticipated console release of 2020 is Microsoft's next generation Xbox console. The Xbox Series X retails for a slightly lower price than its Playstation competitor but that doesn’t mean it has lower quality tech in it! Claimed to be the fastest Xbox ever, this next generation console is kitted out with Xbox Velocity architecture, 4K-TV gaming, 120fps, 8K HDR and 12 Teraflops processing power.

Like Playstation, Xbox will also be launching console exclusives with the Xbox Series X including the most ambitious Halo game ever created, Halo Infinite. Like earlier renditions that came before it, the Xbox Series X will be fully backwards compatible with hundreds of Xbox titles from over the years, meaning you will have plenty to choose from when the console drops.

Much like the Playstation 5 Digital Edition, the Xbox Series S has all the same awesome features that the main Xbox Series X has but in a smaller shell - supposedly the smallest Xbox ever to be created! With over 100 high-quality titles in Xbox Game Pass and thousands of current favourites, new releases, and time-honoured titles available, the Xbox Series S brings a launch library that's ready for adventure as soon as you open the box.

One of the best loved consoles of 2020, helping millions to get through the lockdown due to the handheld nature of the device, the Nintendo Switch is highly likely to be on many Christmas lists this year. The hybrid system is designed to go wherever you do, with the ability to transform between a home console and a portable system. Connect the HDMI cable to your TV to enjoy a traditional console gaming experience, or prop up the stand attached to the back of the device to play games on its built-in screen with the wireless, motion controlled Joy-Con controllers.

Play all of the Nintendo classics such as Animal Crossing New Horizons, The Legend of Zelda: Breath of the Wild, Super Smash Bros - Ultimate and Pokemon Sword & Pokemon Shield. New for 2020, Nintendo have released Mario Kart Live: Home Circuit which allows you to turn your home into a real life race track, perfect to enjoy with family and friends at Christmas!

Pick up your Nintendo Switch today from Argos for £279.99.

The Nintendo Switch Lite is the purely handheld console for those gamers who like to take play outside, and also for anyone who wants to play online or local wireless multiplayer with friends or family. Light, compact and featuring integrated controls, this console is great for those who just want to grab a console and go. Designed in four different colours and with access to a growing number of NES classics too, fall in love with old favourites all over again.

Pick up your Nintendo Switch today from Argos for £199.99.

Want a blast from the past? Retro games consoles have defined generations of gaming fans all over the world. If you want to relive your childhood, now you can as some classic consoles have been re-released into miniature versions!

For those of you who prefer a bit more power behind you, PC gaming could be the way forward. Everyone’s PC build is different, especially since you can highly customise your setup in any which way you like. Whether you prefer a gaming laptop or tower, there’s plenty of options out there for you to get the most playing power out of your machine. With companies like NVIDIA releasing their 3000 series graphics cards this year, you are also able to achieve as close to real life colours and textures easier than ever before. Play the latest AAA games or indie classics in stunning Ultra HD with the right kit.

In the UK there are a number of reputable PC building companies that will be able to create you a powerful set up, no matter your budget, check out our recommendations below.