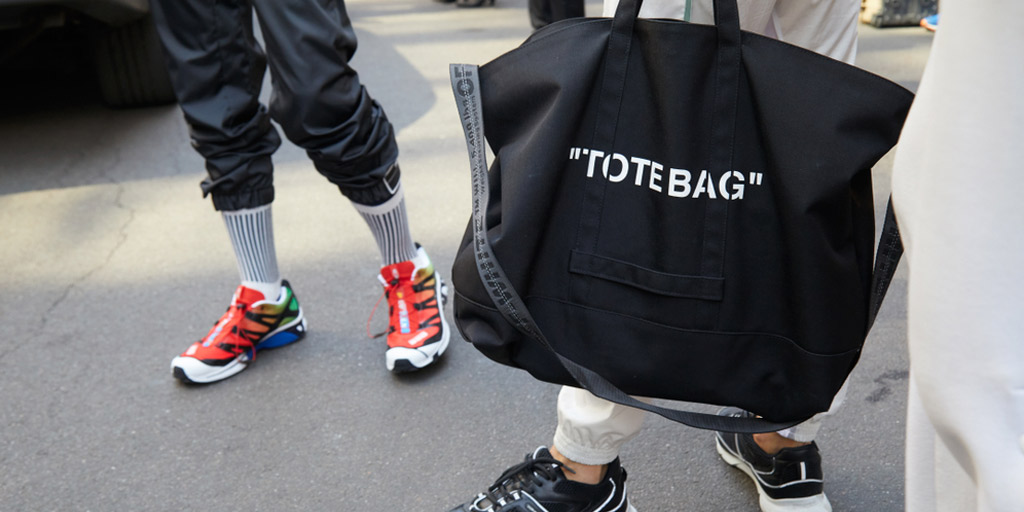 Off-White is the brainchild of American designer, Virgil Abloh, a luxury Italian fashion label with a unique look. This shopping guide will tell you more about Off-White and where you can buy their products so you can have them shipped through forward2me, no matter where you are in the world.

What is Off-White Fashion?

With a focus on current culture and a claim that the brand is ‘embracing the now in a sophisticated manner’, Off-White has a constantly evolving look that takes inspiration from the here and now.

The label began in 2012 in the fashion capital of the world, Milan, originally named “PYREX VISION” before being rebranded a year later, taking its new name as Abloh stated that it was a way to describe “the grey area between black and white as the colour off-white” to the fashion world.

Using unusual materials and designs such as zip ties, quotation marks and a design of four arrows to create a cross, the look of Off-White clothing is instantly recognisable. The label now has 24 independent stores across the world and is stocked in a number of stores such as Selfridges, Harrods, Barneys and Le Bon Marché.

As a notable brand, Off-White has collaborated with a number of well-known brands such as Nike, Levi, Converse, Jimmy Choo, Moncler, Browns, Barneys and Timberland. The label has even teamed up with the likes of A$AP Rocky, Heron Preston and Takashi Murakami.

Off-White, Nike and ‘The Ten’

Perhaps one of the most prominent brands to collaborate with Off-White is Nike, resulting in a project named ‘The Ten’ which consisted of a stylish sneaker collection featuring Air Jordans, Converse, Nike Air Max, Nike Air Force One and Nike Blazer shoes. The collection was split into two, with categories of ‘Revealing’ and ‘Ghosting’.

This collaboration involved Abloh deconstructing ten iconic Nike silhouettes before rebuilding them with a new design and unique, rearranged components. The shoes became some of the most sought after shoes with them selling out almost instantly. This lead to the addition of a whole new range in 2018 and 2019 with endorsements from celebrities and athletes, and included the Off-White x Nike Air Force 1 which launched with two new colourways in 2018. Despite having the largest number of colour options from the collection, the Off-White x Nike Air Force 1 is still often the hardest to get your hands on due to its popularity.

Other sneakers in the range include the Air Jordan 1, Air Presto, Air VaporMax, BlazerMid, Air Max 90, Zoom Vaporfly SP, Converse Chuck Taylor All Star and React Hyperdunk. With these shoes selling out across all platforms, they received plenty of positive reviews and were even claimed to be the ‘collaboration of the decade’.

The Off-White collaboration with Vans has been a hot topic in the fashion world with the first tease coming in 2017. The greatly anticipated project is yet to be given a release date, but you can be sure that when the collaboration does hit the shelves, it won’t stay there for long.

2016 and 2017 saw the collaboration between Off-White and Levis with a Made & Crafted line of 12 pieces being released. The line featured six unisex pieces, yet again showing the forward-thinking nature of the label.

Not satisfied with just sticking to the fashion world, Abloh ventured into creating a whole range of furniture in partnership with IKEA, resulting in the Markerad collection. This range showed off the iconic stylings of Virgil Abloh in a new way with simplistic and contemporary designs. About the range, Abloh said, “It’s about elevating the anonymous, everyday icons that we use without noticing. When we put a doorstop on one of the legs of an ordinary chair we create something unexpected - an interruption”.

Where in the UK can You Buy Off-White?

As well as being available directly from the Off-White website, you can find their products from a range of places. These include:

Sign up and get your free UK address so you can start shopping on UK websites and ship to the US, Australia and worldwide using our forwarding address. For a quick estimate on shipping rates, visit our pricing page.