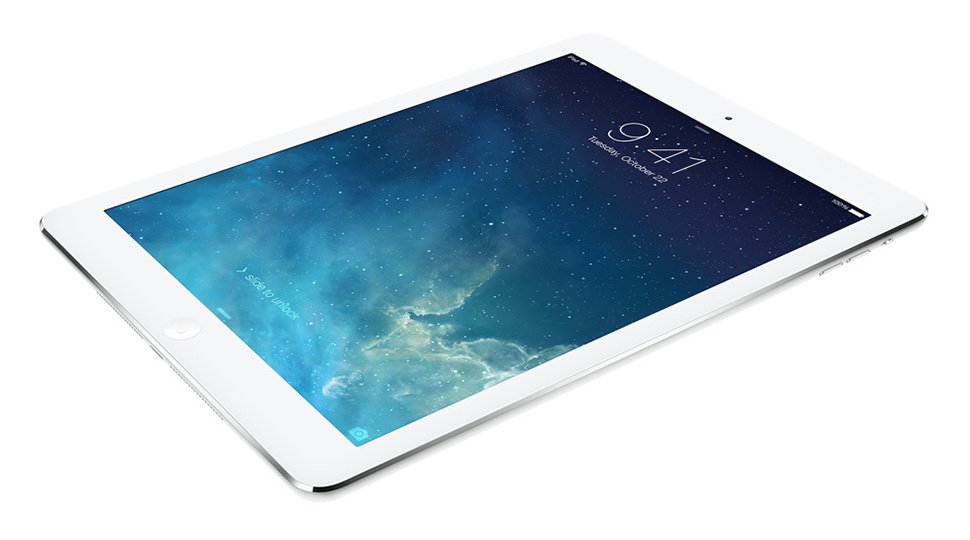 Apple have launched the iPad Air this week and it'll be available to buy in the UK from November 1st. We're excited at forward2me because although it sounds like a comfortable pair of slippers, the iPad Air really isn't. It's a delicious, shiny and sleek new tablet that everyone will want for Christmas. You can use our secure international shipping to get yours, so read on to take a look at its features:

The iPad Air, according to Apple, is thinner, faster and prettier than its predecessors. It is an astonishing 28% lighter and is only 7.5mm thick.  It weighs less than 0.5 kilo. The display is larger - 9.7 inches - because the surrounding rim is reduced. It also has more pixels, packing an impressive 3.1 million into this tiny box...giving a screen resolution of 2048x1536 (if that means anything to you) - an incredibly sharp retina display.

So it looks pretty. What else can the iPad Air do? Well. It has 2 Wi-Fi antenna which means it connects really fast. It has an A7 chip and a co-processor that apparently uses the movement information gathered from the accelerometer, gyroscope and other wizardry to give you a better performance on the move or playing games. It also uses a faster chip so that games graphics are more akin to those on a desktop PC. Apps galore from Apple open a world of games and gizmos to keep everyone happy.

What about the camera? This made us chuckle on the Apple website, "FaceTime HD camera features a next-generation backside illumination sensor with bigger pixels." But seriously...The iPad Air has a 5 megapixel camera and takes 1080 HD videos. The A7 chip does the rest.

That's fine, I hear you say, but what about the colour? The iPad Air comes with what Apple are calling a 'smart' case in a range of bright colours. The case does that clever foldy thing and also triggers the iPad Air into life when you open it.

You can pre-order it direct from Apple or from John Lewis and Amazon. Do it soon - the iPad Air will fly out very fast...Don't forget to use your forward2me UK parcel forwarding address and just check with our customer services department if you have any questions.

The iPad Mini has also had a makeover in time for Christmas, but not as spectacular as the iPad Air. It's being launched later in November, so watch this space!

We have the latest Apple products that are available to buy in 2020, from the latest Macbook Air to the new iPhone SE, if you're looking to by the latest Apple Tech here in the UK, and ship worldwide, we have you covered.

Thin, light, and epic, we have a guide just for the iPad Pro, including where in the UK you can find them. Or maybe you're looking for the iPad Air? We have you covered on that too!