How long did it take the world's biggest brands to turn a profit?

Here’s how long it took some of the world’s biggest brands to turn a profit...

We all hear about the record revenues that some of the world’s biggest companies rake in on an annual basis, but it can take many years for even the most successful brands to actually turn a profit.

In fact, some of our favourite services such as Uber, Spotify and Snapchat are actually yet to make their first annual profit, despite being hugely popular.

So where do the world’s biggest companies stand, and how long did it take them to turn a profit?

The biggest brands that have turned a Profit: Of the companies that we looked at, it was older tech firms such as Microsoft and Apple were amongst those to turn a profit the quickest, largely due to a lack of competitors at the time.

In fact, Microsoft turned a profit almost immediately after starting out, as the sole supplier of ‘Altair BASIC’ as well as numerous early microcomputers.

However, the likes of Twitter had to wait over a decade before turning their first profit, doing so in 2018, 12 years after they launched in 2006.

Similarly, Amazon only turned a profit nine years after being founded (and seven years after going public), after having to close down distribution centres and lay off a seventh of their staff.

The biggest brands yet to make a Profit: 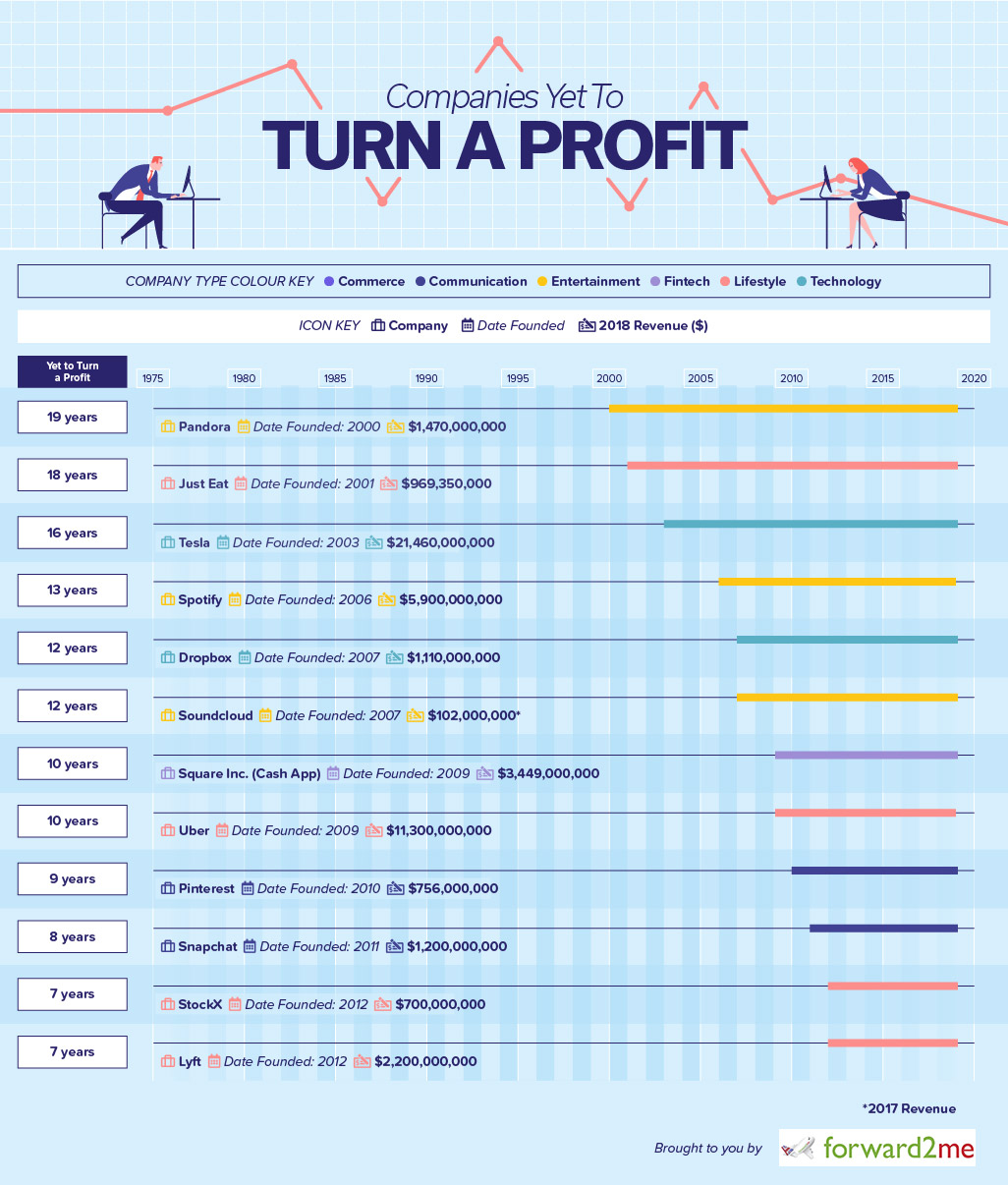 However, just under half of the brands that we looked at are still yet to turn a profit, despite being very popular and having been trading for a number of years.

For example, we’ve probably all taken a Uber at some point and the company made $11.3 billion in 2018, yet they’ve still never seen an actual profit since 2009.

Similarly, Spotify have never turned an annual profit, although they could be set to change, as they recently reported their first-ever quarterly profit.

Taking popular and successful brands founded in recent decades, we found their founding year and their first profitable financial year.

Easy to use parcel forwarding

Shop online in the UK, Europe, Japan, and Turkey countries and ship all over the world using forward2mes parcel forwarding service.

Love Japanese manga & anime but can't get your what you're looking for in the UK or USA? Thats where forward2me step in with our Japanese parcel frowarding service. Or maybe you've emigrated from Europe and yearn for those home comformats you can no longer get at your local supermarket. Forward2me have a solution for that, with our European parcel forwarding service you can shop on mainland euroepan online stores and ship workwide using our German facility.