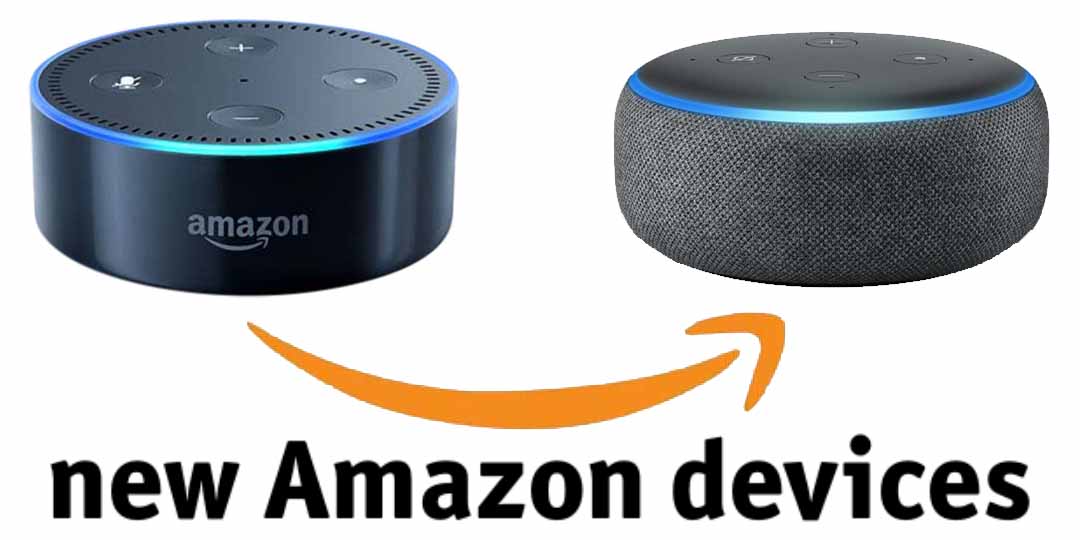 If you’re a fan of Amazon’s Alexa and the series of smart devices she features on, we’ve got some good news for you. In an event at their headquarters last month, Amazon announced a new range of devices. Here, we take a look at the new releases, their features and when they’ll be available in the UK.

Although very popular, the sound quality of the first edition of the Echo Dot perhaps left something to be desired. This updated model for 2018 has a 75 percent more powerful speaker along with an updated look.

The third generation Echo Dot is available now and costs £49.99.

The Echo Auto will soon mean you’ll be able to take Alexa with you wherever you go. The car dashboard accessory will allow you to pick tunes, call people and control appliances in your home all by simple voice commands.

Not yet available to buy, it is expected that the Amazon Echo Auto will first launch in the US before being rolled out to other markets.

The Echo Show was the first device of its kind but things have moved on since it was first introduced. This new model sees the screen double in size - now measuring 10 inches. As well as a more premium cloth design, the new Show also features an eight-microphone array and will integrate with Microsoft’s Skype.

The second generation Echo Show will launch on 7th November and is currently available for pre-order at £219.99.

Designed to take on successful compact speakers such as Sonos and Bose, the Echo Sub is all about the bass. This subwoofer pairs with Echo speakers to create a better sound for enjoying music and streaming video.

The new version of the Echo Plus will get a redesign along with a host of new features. The updated Echo Plus will include an offline mode, enabling you to continue to use Alexa for certain commands even if your WiFi drops. The new Echo Plus will also feature an integrated thermometer so you can monitor the internal temperature, also allowing you to set up linked commands with compatible smart devices, such as a fan to come on above a certain temperature.

This version of the Echo Dot doesn’t have a speaker, making it ideal for those that want to use voice activated control but output audio to an existing speaker system.

The Echo Input is not yet available but will be priced £34.99 when it is launched.

Echo Link demonstrates a further move into the speaker market by Amazon. The device connects to an existing receiver or amplifier, also allowing a number of inputs so you can connect speakers to it.

The Echo Link Amp is designed for those without an AV receiver and features a built-in 60W 2-channel amplifier for impressive sound quality.

Neither the Echo Link nor the Link Amp are available as yet but are expected to be priced at £199.99 and £299.99 respectively.

All of the available new items can be shipped to your home address using forward2me’s parcel forwarding service. Find out more and get a quote.