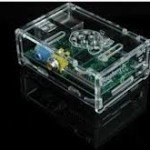 Raspberry pi. Alas, it's not edible and there's no custard involved here. What there is is a useful, cheap and charitable piece of high-tech.


If you've never heard of Raspberry pi (and to be honest, I hadn't until very recently), it's a project to get kids computer programming from an early age. It was started by some clever guys (and hopefully gals) in Cambridge who noticed a decline in computer programming skills since the 1980s - people don't interact with computers anymore - everyone has become an 'end user'.

The Raspberry Pi is a credit-card sized PC. You can run games, videos, word-processing software and spreadsheets on it just like a 'normal' computer but it requires some programming and knowledge to fulfil all its potential. The Raspberry Pi foundation is geared towards education. Schools are very keen to embed the technology and because of its size and practicality, according to the Raspberry Pi website, even hospitals are using them to monitor patients and run equipment where full-sized PCs would be impractical.

The Raspberry Pi's main attraction though, is the price - $25. Who would have thought that you'd be able to buy a PC for that? You will need to buy the peripherals such as a power supply and all the other bits and pieces (which is where the sellers and re-sellers make their money) but it is still amazingly cheap.

If you want your kids to become a bit more tech-savvy, then the Raspberry Pi is for you. It runs Linux rather than Windows (geeks everywhere sigh with relief) and there are forums, help-groups and software developers producing shareware and open source programmes that will run.


You will need the hardware to go with it. There is no case, you'll need a power supply, a monitor etc. It boots using an SD card but then to run other applications, an external USB hard drive or USB stick will provide the necessary storage. According to the website, the Raspberry Pi is equivalent to 'something like a 300MHz Pentium 2, only with much, much swankier graphics'

I'm thinking that this would make a great stocking-filler for the geeks in my house (all of us) and would give the lads and Dads something to play with on rainy days. It's educational and fun, cheap enough not to worry about and it's all for an educational charity.

Don't forget to use forward2me's UK parcel forwarding address if you need to ship out a Raspberry Pi or any of the peripherals to go with it.
Share on :
Tags : #forward2me #educational toys #educational games #computer #british