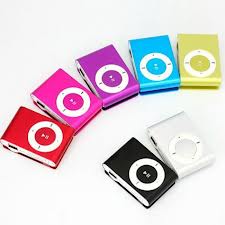 We’re a few months into 2013 and there are some exciting developments in the world of technology that we thought you might be interested in. We’ve scanned the reviews to bring you our picks of the best available new gadgets and gizmos (The hardest part is not blowing our pocket money...). To be one of the first to get your hands on one, use your UK address to forward your parcels internationally.

How long will it be before we call someone on a camera instead of a phone? The compact smart Samsung NX1000 has instant sharing and wifi in order to compete with smart phones’ connectivity. The smallest 20x zoom coming to the market (very soon) is the Sony Cyber-shot WX300. Both these cameras pack a huge punch for their size.

If you are a serious enthusiast, the latest digital SLRs from the big names of Pentax, Nikon and Canon will all take stunning images. The Pentax K-S-11 has high performance focus, the others are good, all-round performers according to trustedreviews.com. Our top choice for the rugged explorer or international traveller is the Pentax WG-3 outdoor compact camera; it’s waterproof, has GPS and is brand new for March 2013 (Yes, please!). Forward2me’s secure international shipping will bring any equipment safely to your door.

Laptops are still a popular choice for business, even though tablets are now available with clip-on keyboards. If you need more power and storage than a tablet can offer though, Samsung’s Series 5 and the Toshiba Satellite L850 D are good, affordable tools. The Toshiba is aimed more at the entertainment end of the market. For more serious users, the Dell Latitude E6230 with very solid build quality and Google’s Chromebook Pixel with a beautiful display cover all bases.

If you thought your phone was smart, take a look at the latest devices available from the big players. The Samsung Galaxy S4 launched on the 14th of March in New York and will be available very soon. It has new scrolling and pausing features, everything else is top secret at the time of writing...It looks set to give the Apple iPhone 5 a run for its money, although the new iPhone 5 S is forecast to arrive in June 2013. The Blackberry z10 is a popular business choice. Google’s Nexus 4 has been very popular with forward2me customers, we've shipped them in their thousands.

If you’re addicted to music and need something portable, an MP3 player is still a necessity. The no-frills Sandisk Sansa Clip and the iPod Nano are reasonably priced and very compact. If you want more connectivity, games etc. then the iPod touch 32GB is fantastic (I love mine). Samsung’s Galaxy Player 4.2 is giving the iPods a bit of competition. You’ll probably need to look at speakers or docks and if you have the money, a Sonos Playbar looks very attractive because it connects to almost everything.

If you still think that tablet is a kind of Scottish fudge, think again. Take a look at these sleek beasts...The Google Nexus 10 is the iPad’s nearest rival. The Dell XPS 10 has good battery life, the Latitude 10 works as a business PC. If size matters, the Sony VAIO all in one PC is also a very large tablet, coming in at 20” (with a large price to go with it). iPad mini and iPad 4 are the market leaders here, with the 4 now available with 128GB of storage. If you want something that looks similar, the Archos 80 is a budget choice at half the price of Apple’s products. If you’re torn between a tablet and a smartphone, choose the Samsung Galaxy Note 8.0. If the kids hog the tablet, get them their own – the Amazon Kindle Fire is highly recommended for kids, as is Leapfrog’s tablet (PC Advisor).

Where to begin? There are hundreds to choose from. Samsung make elegant Smart tvs with apps, the latest UE55F80000 LED 55” tv will have motion and voice control too. The Sony KDL 32HX753 won Best 32” in the TV awards, 2012, if you’re looking for something a bit smaller. Most flat screen tvs have pretty poor sound quality though so you might need to consider a sound system. The Sonos Playbar would work here too. Just check with before you order that the gadget you desire is compatible with your country of residence. Contact our customer services department if your international credit card is not recognised or if you have any other queries – we’re happy to help.

Teched out yet? I am...There’s not enough time to play with all these gadgets!