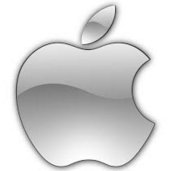 Monday 21st of March is the date all Apple fans are eagerly awaiting. An announcement is to be made detailing the new products available from our favourite tech fruits, the Apple company in Cupertino, California.

What's it going to be? Well, according to the world's press who've been given some insider info, there will be a few new Apple products. No, really? I hear you say. The likelihood is that there will be a new phone, maybe a new iPad and perhaps some watch straps. Excited? Hmmm. The jury is out. I really hope that with all the hype, they announce something else too - a surprise innovation like a flying car or a robot would be really cool, or is that just me?

The details. According to the Telegraph and Apple Insider, the products might be a new iPhone SE, an iPad Air 3 and some watch straps for the Apple Watch potentially designed by Hermes. The invitation, a very slick, ethereal looking thing has the usual whites, greys, gold and rose gold on it in abstract leaf shapes and all it says is 'Let Us Loop You In'. Now, this could be a reference to the legendary crisp brand Hula Hoop or Kellogg's Honey Nut Loops perhaps, but it seems unlikely that Apple would link with a brand that was so un-fruit related... The world's press is guessing that it refers to watch straps.

And the mystery features of the mystery products? The best guesses from the Guardian and Telegraph are that the iPhone SE will be a smaller version than the new iPhone to plug a gap left by their move to a bigger iPhone 6S. The phone will probably have higher specs and run on crisps use the latest high tech innards to update the iPhone 5.

The anticipated iPad update is also a smaller version of the iPad Pro to replace the iPad Air 2. It's likely to have a 10 inch (ish) screen and have the stylus feature along with all the other fancy stuff you expect from Apple products.

Watch straps. Is it me or is it a bit hard to get excited by a new watch strap? Maybe I don't live in California. Is it a 'thing' that has passed me by? Oh, right. Another one. The watch straps will be straps that hold the Watch on your wrist and they will probably be slightly different to the ones you can get now.

So there you have it. I really hope that they announce something more exciting...Keep your eyes peeled on the 21st of March and watch this space for more information about the pre-order dates and shipping. You never know, you might just need a new watch strap!  Just remember to use forward2me's door-to-door tracked delivery service to get yours.