Have you got your Apple iPhone 5s? 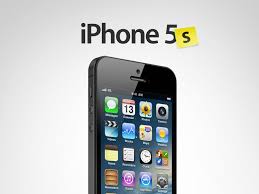 Apple has launched the iphone 5s. Since the iphone range was first launched back in 2007, Apple have made improvements and refinements to what is, essentially, the same design. Other companies have also launched very attractive smart phones. Samsung and HTC are Apple's leading competitors.  How does the Apple iphone 5s taste in comparison?

Here at forward2me, we've been looking at the latest offering from Apple, the iphone5s and here are our findings...

You still can't eat it. However, like an apple, the iphone5s will fit in your pocket - it's still, primarily a phone. This is in contrast with many of the other smart phones that have increased in size over the years until you can't distinguish between a phone and a tablet. The screen is only 4 inches with 326ppi.

The iphone 5s is crunchy, like an apple. Number crunchy. All the best stuff is on the inside. It is the first smart phone to have a 64 bit A7 SoC processor. According to Trusted Reviews, this makes it 40 times faster than the original iphone from 2007. We all know an apple a day keeps the doctor away... If you want to go faster, there's a separate processor for motion data to run health and fitness apps.

It's shiny, just like an apple. The iphone5s also comes in gold, a new colour for an apple as well as the existing white and grey... If you want zingy, bright apple colours, the iphone5c is the fruit for you. The specifications are similar but the phone is available in a range of attractive colours.

The iphone5s is a very versatile fruit phone. The new iOS 7 interface looks different and is more practical. Although you can't make this apple into a pie, you can use the many bundled apps for business and take pictures with the improved camera app. The camera itself has improved slightly - it now lets in more light and has two different flashes to give a more realistic light.

Apples are very popular fruit. We're pretty sure that a lot of people are going to want one. If you don't want somebody else to have your apple, you can secure it with Touch ID. A fingerprint sensitive lock makes it hard for anyone else to access your data.

We all know apples are not the only fruit. This new offering is still tasty but the Samsung Galaxy S4 and the HTC One give it a run for its money. It is still an Apple though, which makes it very, very tempting!

Picking your own apple - unlike an apple, the iphone 5s doesn't grow on trees. But you can order one very easily from Apple and forward2me will deliver it to you swiftly using our secure international delivery. Your apple will be nice and fresh!