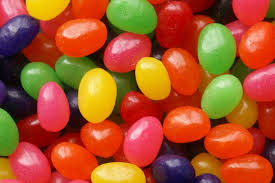 It's thin, smart, attractive and very, very useful...it's the Google Nexus 4. Yes, I know it's been around for a while but it still packs plenty of punch. The good news is that it's now £80 cheaper! The price has been dropped by Google and the word on the street (or the information super highway) is that this is because of the imminent release of the Nexus 5.

If you have no idea what I'm on about, the Google Nexus 4 is a smart phone. A very good one too, by all accounts. It gets consistently great reviews and compares favourably with its main competitors, Apple and Samsung.

It's totally wireless (if you want it to be) and even has a wireless charging pad. It has an 8 mega pixel camera capable of 360o panoramas and with Android Beam you can instantly share them. Of course the Nexus 4 comes with all the most useful features that Google has to offer and runs Android 4.2 also known as 'jelly bean'. Will the next android version be a jelly baby? Will little jelly baby androids take over the world? Probably...


The Nexus 4 has a large screen (4.7") made of gorilla glass. It's CPU is a snapdragon S4 pro. This is sounding more and more like a children's joke - what has a snapdragon, a gorilla, an android and a jelly bean inside it? A Nexus 4...It also has some really clever stuff - a barometer, GPS, accelerometer, compass and a gyroscope among other things. Oh yes, and it's also a phone. Amazingly, you can even talk to people with it too!


Here at forward2me, we've seen several Nexus 4s passing through in the last few days as people hurry to snap up the offer. It looks as though 'when they're gone, they're gone' so get online and order one soon. Use forward2me's secure international delivery and you too can have a flower-sniffing, robotic primate (or even a Nexus 4) in your hands.
Share on :
Tags : #international parcel shipping #Google Nexus 4 #forward2me #Bargain #android phone