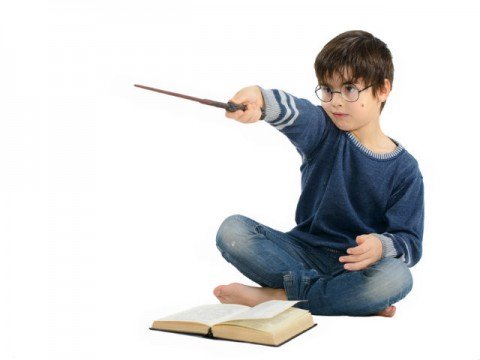 It’s hard to believe it, but this summer marks the 20th anniversary since the first Harry Potter book graced our bookshelves. Monday 26th June 2017 is exactly 20 years on from the date that Harry Potter and the Philosopher’s Stone, the first of JK Rowling’s smash hit books about a young wizard named Harry, was published.

Harry Potter and the Philosopher’s Stone has sold over 450 million copies worldwide and been published in 79 languages.  After the success of the Harry Potter books, the rights to the series were purchased and the major Hollywood movie franchise we all know and love followed. The rest, as they say, is history.

Harry Potter fans around the world are gearing up for what is set to be a summer of Potter-related celebrations. There are a number of products that have been released to mark the occasion, in addition to the many Harry Potter branded items already available. Here are our top 5 Harry Potter finds from UK retailers.

Since 2012 Harry Potter fans have been able to recreate their own magical day by visiting The Making of Harry Potter Warner Bros Studio Tour in London. If you haven’t been able to visit yet, you can still get your hands on a wide range of merchandise from the official website. With clothing, toys, souvenirs, stationery, sweets and wands to choose from, you can create your very own wizarding world in the comfort of your own home!

Recreate your own Hogwarts

We know our customers love Lego and Harry Potter Lego sets are brilliant fun for fans of all ages. From Hogwarts Castle to the Knight Bus, Dumbledore’s office to a quidditch match, the Lego sets recreating the world of Harry Potter provide hours of entertainment. Although most of the Lego Harry Potter sets have now been ‘retired’ from manufacture, you can still get hold of them from a number of sites, including Amazon.

Put a sock in it!

Going potty for Potter doesn’t only mean ‘big ticket’ items. Celebrate the 20th anniversary of Harry Potter in a more ‘low key’ way with these sets of socks, featuring the 4 house badges of Hogwarts.

One for the trainspotters!

Create your very own version of the mystical platform 9 and 3/4 with these train station signs from graphics company JAF Graphics. Available in a number of sizes and in a choice of black or red, you don’t need to run through any walls to make it to the Hogwarts Express!

As the publisher of the Harry Potter series, Bloomsbury in London sell a fantastic collection of Harry Potter books, audiobooks and gift sets all year round. To mark this year’s 20th anniversary celebrations, Bloomsbury have released special editions of the ‘Philosopher’s Stone’; available in both hardback and paperback; each cover illustrated with a choice of the Hogwarts houses – Gryffindor, Hufflepuff, Ravenclaw and Slytherin.

There are a number of events taking place to mark the anniversary including an exhibition at the British Library, starting in October. For more information about the 20th anniversary of Harry Potter, visit Bloomsbury’s official page.