Get your hands on the new Samsung Galaxy S8 with forward2me 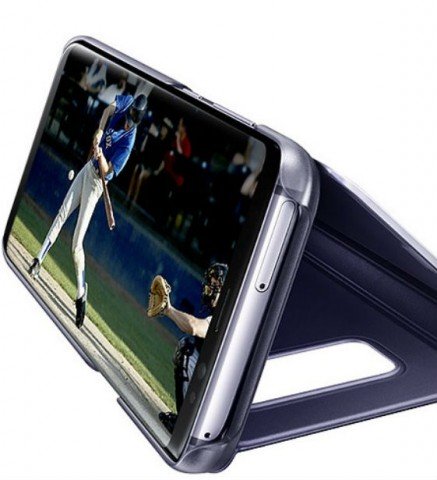 After weeks of anticipation, the new Samsung Galaxy S8 is nearly here! The official UK release date is April 28 but some lucky pre-order customers will be able to get their hands on the new handset as soon as 20th April, the South Korean manufacturer has confirmed.

With the phone having already broken pre-order records in Korea, there’s a great deal of hype surrounding this latest release.

If you’ve already made up your mind and want to get hold of an S8, you can purchase one at Very, Argos or directly from Samsung. Simply place your order (or pre-order), use our address as your shipping address (account registration required) and we’ll forward it to you as soon as we receive it.

In this blog we’ll look at the phone’s key features and how it’s set to stack up against its predecessor and closest rivals.

The Samsung Galaxy S8 is available in Orchid Grey or Black and is being launched with an initial SIM-free retail price of £689. In addition to the standard sized model, the S8 also comes in a Plus model, complete with a 6.2 inch screen (5.8 inches on the standard S8 handset).

One of the headline features of the new Samsung Galaxy S8 is its display. Featuring an Infinity Display, with the screen seeming wrap the whole way around the phone’s edges, the screen on the S8 is also HDR-enabled, giving a beautiful, vivid quality, particularly to video and gaming experiences.

Both the standard and plus S8 models come with 64Gb of internal memory, with the further opportunity to expand storage capacity to up to an additional 256Gb with a microSD card. Another nifty feature is the phone’s built-in wireless charging – powering the handset up quickly and claiming the phone stays charged longer.

Samsung have also launched their own version of Siri and Alexa in the new S8, named Bixby. Billed as their own version of a contextual assistant that can work out what you need through voice, touch or the camera, Bixby will only initially be available in Samsung’s native Korea and the US, so it’s difficult to say how good it will be as yet.

Similar to its predecessor, the S8 is IP68-rated - so is water and dust resistant.

Design wise, the S8 is slicker in appearance than its predecessor and others on the market in no small part thanks to the loss of the fingerprint scanner from the front of the phone to the back – where it’s now located next to the camera.

Additionally, every corner and edge on the S8 has been rounded, giving it a nice feel in the hand and a super-smooth appearance.

2017 is set to be a big year for phone releases. However, the Samsung Galaxy S8 appears to be well positioned to take its rivals on – and potentially come out on top.  In particular its Infinity Display is clear, bright, colourful and bound to impress.