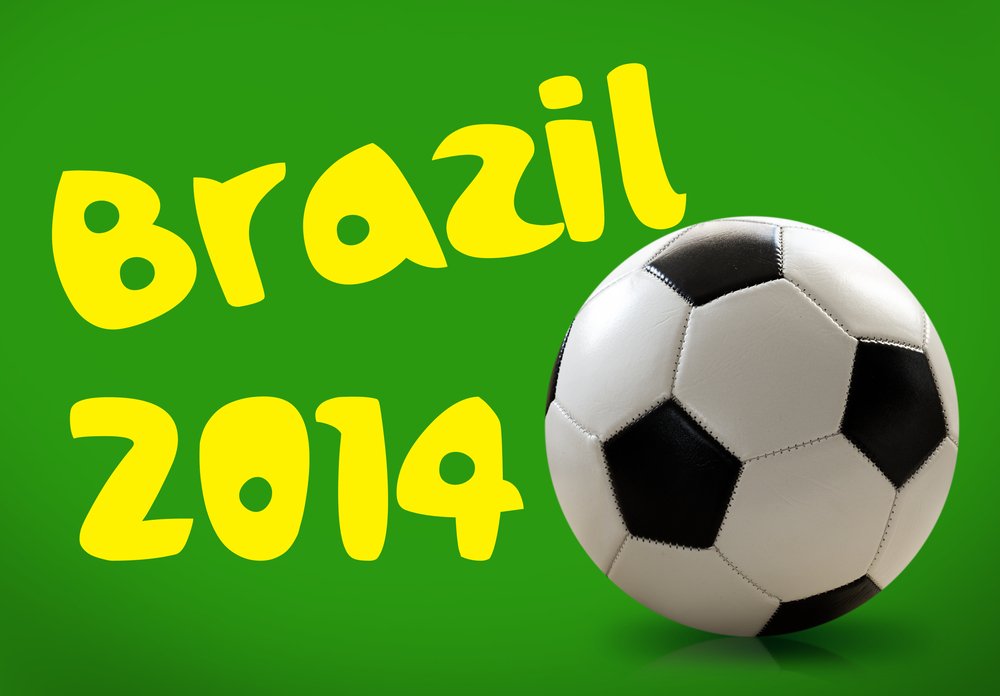 The World Cup starts on June 12th, if you hadn't already heard...Are you ready? If you live abroad, which team(s) will you be supporting? Can you wear two strips at once or fly different flags depending which games are on?

Here at forward2me, we take every opportunity to celebrate. The World Cup is a great excuse to have a few friends round and have a bit of a party, even if England aren't exactly favourites for the cup. We've put together a bit of a selection of things you might fancy to help you get in the mood, as well as a few alternatives for those of us who may not be that into the World Cup spirit.

The World Cup is always special for kids. Why not treat them to some special World Cup themed items? John Lewis and Argos both have football-themed kids' bedding. The other must-haves are World Cup footballs - I think the official 'Brazuca' looks really cool. Of course, they'll have to have the right football shirt for their team of choice too. Check out JD Sports or kitbag for a range of reasonably priced football strips and shirts. Amazon also has a World Cup feast to choose from, Panini (not made of bread) stickers and all sorts.

For interesting gifts, have a look at iwoot - they have the teams in mini-figures as well as subbuteo sets so you can play your own table-top World Cup game. Don't forget to use our secure international shipping to get your gear on time for the kick-off.

To be honest, most of the things above would suit the grown-ups too! The bedding comes in doubles and I know many people who like a Subbuteo match...As for the football shirts and balls, it's got to be done.

If you're thinking of hosting your own World Cup party, have a look at range of bunting, plates and themed accessories available from Peeks. Our door-to-door tracked service will get your party gear to you on time.

If you're going for a World Cup party theme, you could bake a cake or make some cupcakes for the kids. The cakecraftshop has some gorgeous things with a World Cup theme.

And the World Cup alternatives...

If you just want to escape it all, pour yourself a suitable drink, hop online and relax with some retail therapy at somewhere like Achica using forward2me to carry the bags. Or sit back, unwind, order a film or some new books from Amazon to help you escape from the World Cup furore.