Built for the future at forward2me 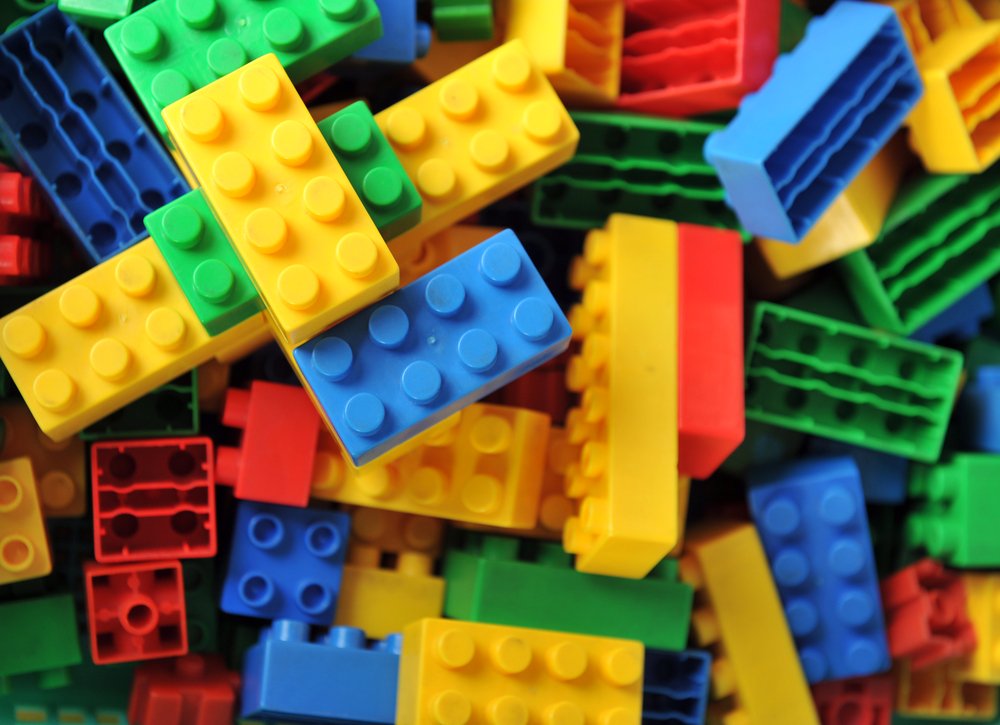 Lego is a universal design classic. Did you know that on average, every person on earth owns 86 Lego bricks? The number of Lego bricks sold in 2012 is enough to circle the globe 18 times. Currently it feels as though they are all in my living room!

Lego was patented back in 1958 and the first mini-figures appeared in 1978. Apparently there are over 4 billion of them now, scattered in bits across children's bedrooms everywhere. Scary statistics...

So what's new for 2014 in Lego world? There's a film rather originally titled 'The Lego Movie' and of course there are toys to accompany the movie so that you (or your loved ones) can re-create scenes and characters from the film.

Chima is the latest in Lego action toys with a range of animal-like characters, similar to Ninjago yet different enough to appeal to the slightly younger, addicted Lego fan. There are games to play online, sets and characters to build. It looks like fun, even to me.

Ninjago has been around for a little while with some of the coolest looking dragon creatures, warriors and weapons to be found. New to the range are Cyrus Borg and Kai, Ninja of Fire. There are limited edition sets too.

Creator has introduced the largest container ship in the world (in Lego) to go with all the other cool stuff. You could use forward2me's fast international shipping to ship your Lego ship (sorry, couldn't resist that one).

The most enduring range is Lego City. Police stations, harbours, cranes...these are fantastic sets for imaginative play and seem to transcend age boundaries. Speaking of which, grown-up Lego is also popular. You can make the Taj Muhal or the Golden Gate Bridge if you want to. And there's always Star Wars. Always.

Minecraft Lego sets are very desirable although I'm not quite sure why because Minecraft is essentially computer Lego...

Love it or hate it, Lego have successfully marketed a range to appeal more to (some) girls. Lego Friends have a pinker hue and encompass more traditionally feminine pursuits including shopping, cafes and nuclear physics playing with cute furry animals. Eugh! I'm not a girly girl...

Although parents buy Lego to tempt their kids away from staring at screens all day, the Lego games available make it difficult...Lego Star Wars is epic and still going strong in our house. Batman and Indiana Jones also have appeal because of the humour. New game arrivals include Legends of the Chima.

Lego is a very educational toy. I was impressed when I explored the education section of the website. There are huge Lego soft bricks for tots, experiment sets and all sorts of interesting stuff that I would have loved to play with at school. Great for budding engineers.

The Lego store has the biggest range anywhere and you can even customise your order. Lego bargains are harder to come by but ToysRUs usually have a few. Amazon and eBay are worth a peek and don't forget Argos. Just use our door to door tracked service for all your Lego needs!