Autumn Fashion - Check it out with forward2me 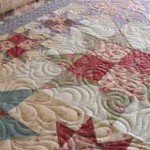 Autumn fashion is upon us. If you're in the northern hemisphere, it's that time of year when even if you're somewhere pleasantly warm, the nights have a wee nip to them now. Fashion-wise, it's a new season and the summery flounces give way to autumn fashion's heavier, darker fabrics. That's the theory, anyway.

London Fashion Week (a week that started on a Friday and finished on the following Tuesday !?!) has just been and gone with collections for the Spring and Summer. So if you're in the southern hemisphere, you can get ahead of next year's trend by wearing this year's catwalk trends early.

According to the fashion world, you'll need gingham, plenty of orange and pink and for formal wear, and something quilted in pastels or white. Temperley and Emilia Wickstead (both popular with a certain Duchess called Kate) had soft pinks and oranges in firm fabrics. If you're more H&M and Topshop, grungy and boho are the looks for you. There also seemed to be a lot of lace detail so raid that airing cupboard, you never know, there might be a statement piece lurking in there!

Mulberry's padded/quilted outfits in pastel shades and whites were stylish and subdued. There was a rave/party vibe and floaty chiffons are still around. Tom-boy looks are everywhere with some lightly masculine styling from Paul Smith and House of Holland. Orange was a very common colour and clashing is still going to be popular so keep those sunglasses handy. Monochrome is the antidote to orange and for spring fashion, Ralph Lauren and Erdem both used it well.

Autumn fashion is usually mellow - browns, burgundies, perhaps the odd hint of red. Hmm. This year the fashion houses have decided that pretty pink is the colour, especially in coats. There's also a lot of fluff and fur - mostly fake. Fur trim on everything. Fluffy jumpers have made it into Marks and Spencer following the fashion trend from Spring 2013. So if you want to be cute and cuddly, this is your moment (although when I tried on a fluffy jumper, I looked more wookie than wonderful). There is still a huge amount of animal print - leopard spots, zebra stripes and tiger prints galore for autumn fashion fun.

Leaving the animal world aside, on the High Street here in the UK, the autumn fashion trend is for checks, following on from the spring season's dalliance with tweed. Checks are large and small and I've noticed several nifty tweed smock dresses out there. Tartan is everywhere and there is a punky edge to some of the styling. Tweedy knits with metallic threads look stylish. Metallic finishes are popular and don't look as if they'll disappear next year either so pick up a belt or even a skirt in a metallic finish to be on trend.

So who were the movers and the shakers this London Fashion Week? According to The Guardian, we'll all be talking about Jonathan Saunders, Preen, Berardi, Kane and JW Anderson. Nope? Me either...Apparently JW Anderson's look is 'avant bland' and was based on the prints found on laundry bags. Lovely! I have quite a nice peg bag...pass the scissors!

With that thought, I'll leave you to ponder the autumn fashions online. Don't forget to use forward2me's secure international delivery service to get the latest fashions hot off the catwalk.
Share on :
Tags : #autumn fashion #british #Burberry #expat #fashion trends